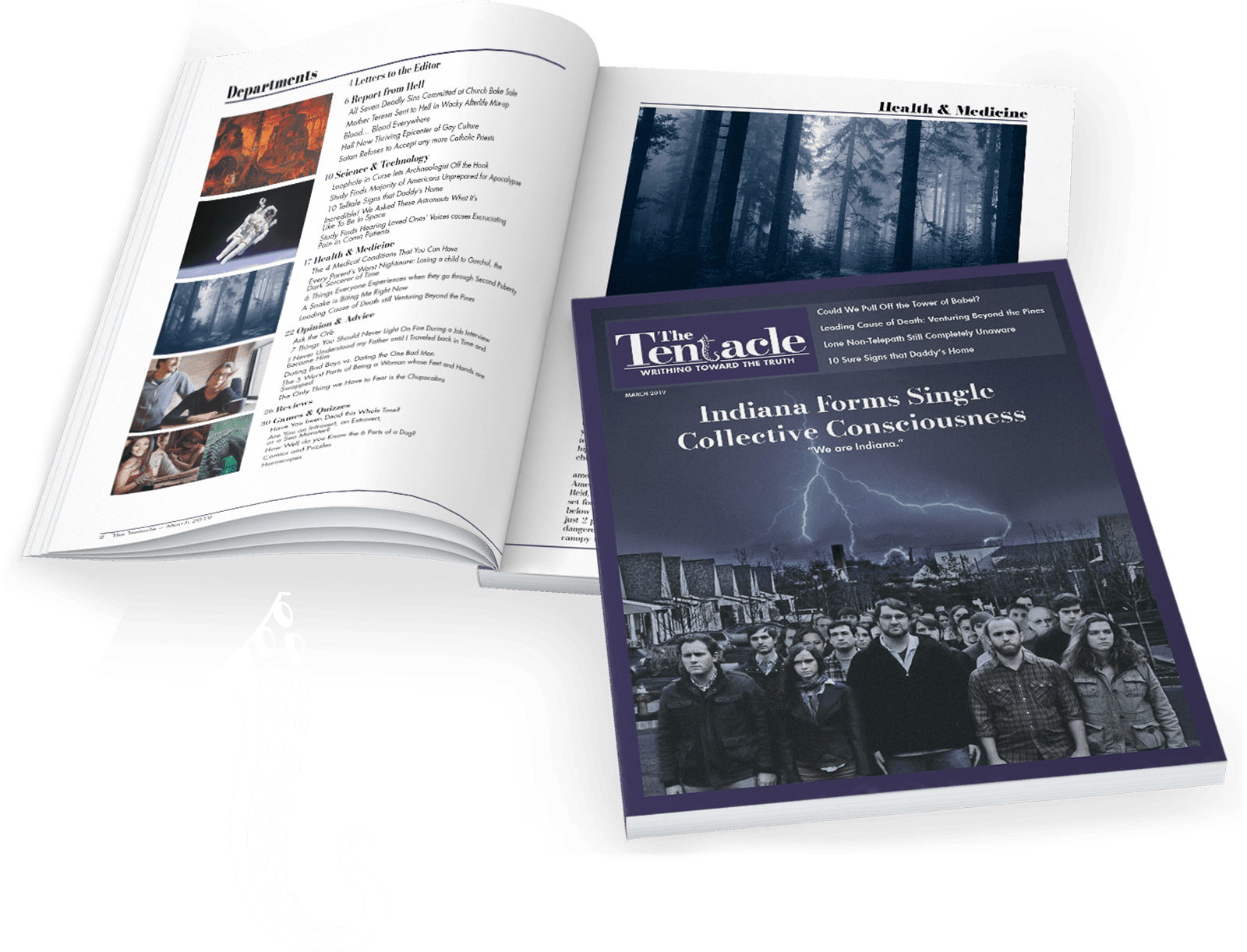 The March issue of a fake publication I made called The Tentacle. I originally planned to parody supermarket tabloids like National Enquirer, but early on I decided to make it more of a news-type magazine like Time.

I used articles from satirical news sites like ClickHole and The Onion as they were my biggest influences in terms of tone and attitude. All images used are public domain, stock photos, or taken by me. I wanted the whole thing to feel real at a glance, but the more you read the more you see something is seriously wrong.